Our local AHEPA Chapter, Lord Baltimore Chapter #364, (District 3) has been in continuous operation since December 28, 1949 in Baltimore, Maryland. It meets the second Monday of each month. Chapter #364 holds fundraisers to support its scholarship fund and routinely donates funds to the St. Nicholas Greek Orthodox Church.

Chapter meetings are held on the second Monday of the month at 7:00 P.M. at the AHEPA House Senior Apartments in Baltimore, Maryland. For additional information, please contact one of its officers:

The American Hellenic Educational Progressive Association (AHEPA) is the largest and oldest American-based, Greek heritage grassroots membership organization. AHEPA was founded on July 26, 1922 in response to the evils of bigotry and racism that emerged in early 20th century American society. It also helped Greek immigrants assimilate into society. Today, AHEPA brings the ideals of ancient Greece, which includes philanthropy, education, civic responsibility, and family and individual excellence to the community.

The mission of the AHEPA Family is to promote Hellenism, Education, Philanthropy, Civic Responsibility, Family and Individual Excellence. The preservation and promotion of that history and the principles of Hellenism, man’s commitment to humanity, is one area where AHEPA has and always will be deeply committed.

For additional information regarding the AHEPA National Organization, please click this link http://www.ahepa.org/

The mission of the AHEPA Family is to promote Hellenism, Education, Philanthropy, Civic Responsibility, and Family and Individual Excellence.

Hellenism
An important component of AHEPA’s mission is to create an awareness of the principles of Hellenism to society. These principles include a commitment to humanity, freedom, and democracy. The preservation and promotion of these ideals is where AHEPA has, and always will be, deeply committed.

AHEPA educates the community on these matters through symposia, forums, and conferences.

Education
AHEPA’s commitment to education has been well documented throughout its history. Over $4 million is endowed at the local, district and national levels toward the use of scholarships and a half-million dollars is awarded annually. Thousands of young men and women have benefited as recipients of AHEPA scholarships at these various levels. The most famous recipient, perhaps, is ABC News’ Host of This Week George Stephanopoulos.

The scholarship program at the national level is administered by the AHEPA National Educational Foundation. It offers scholarships to a wide variety of students. Recipients are: traditional and non-traditional students; seminarians, including those entering Holy Cross Greek School of Theology; and high school seniors, college and post-graduate students who are looking to become tomorrow’s leaders.

The preservation of Hellenic or Classical Studies programs on college campuses is an important issue for the AHEPA Educational Foundation. A subcommittee of the Foundation, the Hellenic Cultural Commission, actively works to support the study of the Classics at universities.

In addition, educational programs such as “Journey to Greece” and Washington Internships are sponsored by the Foundation.

Philanthropy
Philanthropy and volunteerism have been pillars of strength for AHEPA. From natural disaster relief to raising funds for the elimination of life-threatening diseases to making significant contributions to our local neighborhoods, AHEPA is at the forefront of charitable giving.

AHEPA’s philanthropic deeds are evident in the restoration of the Statue of Liberty and Ellis Island; in the Halls of St. Basil Academy, a childcare facility in Garrison, N.Y.; in the care packages we sent to our troops in cooperation with the USO; and in the building of healthcare facilities in Greece. Yet this only scratches the surface of the numerous philanthropic works of the association. In addition, countless charitable projects are undertaken every year by AHEPA’s chapters and districts.

Civic Responsibility
Our grassroots has a strong voice. With chapters in every major metropolitan city and in rural areas of North America, AHEPA communicates the positions of the Greek-American community to elected representatives at the federal, state, and local levels, as well as to our diplomatic leaders. These issues pertain to Greece, Cyprus, and Turkey; however, our constituents are also interested in domestic policy areas affecting the philanthropic, civic, and community service-based programs in which they are involved. These positions are based upon our American heritage and ideals with the best interest of the United States in mind.

AHEPA educates its constituents about these issues through seminars and conferences, providing expert panelists from the U.S. government, prominent Washington, DC Think-Tank organizations, and the business world.

Furthermore, AHEPA keeps a watchful eye on Congress with its Congressional Scorecard, a tool that evaluates each member of Congress on Greek-American issues.

Family and Individual Excellence
What makes AHEPA unique from other organizations is the creation of the AHEPA Family. Together with three affiliated organizations, the AHEPA Family works as a unit toward the fulfillment of a common mission. Combined, the four organizations have contributed well over a billion dollars to national projects throughout their history.

The Sons of Pericles was established February 3, 1926, and was officially recognized as the Junior Order of AHEPA in 1928. Finally, the Maids of Athena was founded July 5, 1930 as the Junior Women’s Auxiliary of AHEPA. The two youth groups have combined to contribute to such worthy causes as: Muscular Dystrophy, Deborah Heart and Lung Foundation, the Special Olympics, St. Basil Academy and Cooley’s Anemia research.

The Ideals of Ancient Greece Important to All
AHEPA members are proud of the contributions the ancient Greeks gifted to Western Civilization. As Americans, we share many of the values put forth by them: civic responsibility, philanthropy, education, family and individual excellence, and the ideals of democracy. This is the essence of our heritage. This is the core of our mission.

Moreover, throughout the span of its history, AHEPA has served as a vital vehicle for the progressive development and emergence of American citizens of Greek heritage into every facet of society: government, business, education, and the arts. This fulfillment illustrates the promise of the American Dream and symbolizes the hard work ethic of our immigrant forbearers who labored to achieve that dream with the principles of Hellenism rooted deep in their hearts. 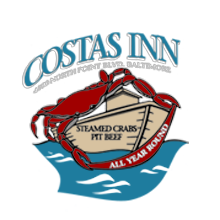 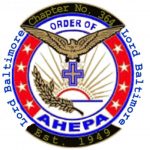